Vikki, as she prefers to be called, has volunteered for Andover and District Mencap (ADM) for 11 years and runs an Epilepsy awareness day event for three years. Her next epilepsy awareness event will be on March 2020. 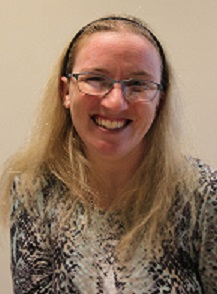 She has been lobbying the ADM board for over a year to create a role for a learning disability ambassador. Her appointment came as a shock.

"Chris (Dixon CEO)gave me my appointment letter and gave me a big smile. I thought it was a thank you letter for the support I'd given when I went to help with a talk at Winchester University. When I opened the letter my jaw dropped," says Vikki.

"We are pleased to have Vikki on board as ambassador, she is very passionate about ADM and the work that we do to support people with Learning Disabilities. She is always keen to be involved and for us to enable her to shout from the rooftops about ADM not only makes her smile, but it makes us smile too. Vikki is an inspiration to us all, and we will support her to inspire others and make a difference. "

Vikki got the idea to request ADM created a Learning Difficulty ambassador over a conversation she had while volunteering.

"My work colleague saw the Dam Busters film. She told me about the RAF charity having disabled representatives. I realised we could do the same here at Andover and District Mencap,"

"I'm very proud of this appointment. My epilepsy means I can't hold down a paid job because my health is unreliable. I'm honoured Andover and District Mencap has given me this role. It's a form of promotion," says Vikki Cheshire.

What Vikki would like to achieve as her time as ambassador is better health treatment for adults with learning disabilities.

"People with Learning Disabilities are not getting the same support and understanding with their health issues as people who don't have learning disabilities," says Vikki.

ADM ambassadors are an important network of volunteers. Vikki is looking forward to improving people's perception of adults with learning disabilities.